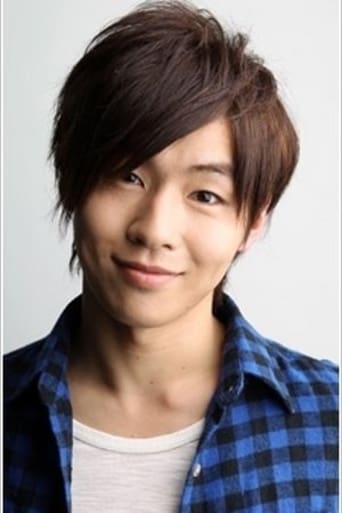 At the age of 18, she was scouted in Shibuya, Tokyo and belonged to Shibuya Productions . In September 2007, she made her actor debut in the movie “ BOYSLOVE Theatrical Version ”. In May 2008, he won the monthly reader model grand prix of the June issue of “ Fine ” magazine. In April 2009, he performed for the first time on the stage “ Fur Marie ” directed by Akihiro Miwa . Appointed as the 10th Kasama Tourism Ambassador in April 2010. On October 5, 2011, the office was transferred to Runway Field Co., Ltd. In the future, he will also be acting as an actor and talent, focusing on artist activities. year 2012 In January, the dance vocal group “ NEVA GIVE UP ” was formed. In March, he graduated from the 10th Kasama Tourism Ambassador. [7] On November 28, as a solo artist activity, “Live Gate Records” label “From here to Kimi” started to be distributed. 2013 In June, " Musical Nintama Rantaro " appeared for the first time in the role of Isaku Zenpouji. In August 2014, he was appointed Ambassador Kasama as a dance vocal group “NEVA GIVE UP”. 2015 In July, she made her voice actor debut with the TV anime “ Naru Doma ”. On December 14, he announced the formation of the music unit “ Unlimited Platinum Tracks ” with Yuichi Ohno, the keyboard. 2017 On March 31, the contract with the affiliated office Runway Field was terminated. On April 16, he graduated from the dance vocal group “NEVA GIVE UP” due to difficulties in coordinating with voice actors and actors. In June, Ibaraki Revitalization Project “ ADACHI HOUSE ” was launched, and talks and improvisational plays were held in Taiwan , Shanghai and other countries, and Ibaraki was promoted. On June 4th, he was appointed as the 1st Ibaraki Shimbun Goodwill Ambassador and Kasama Special Tourism Ambassador . 2018 On January 9th, he was appointed Ambassador Ibaraki. [12] On April 16, CAFE & DINING “ADACHI HOUSE” opened on the second floor of the garden café KULA in front of Kasama Inarimon Street. On January 1, 2019, ADACHI HOUSE was established [13] .