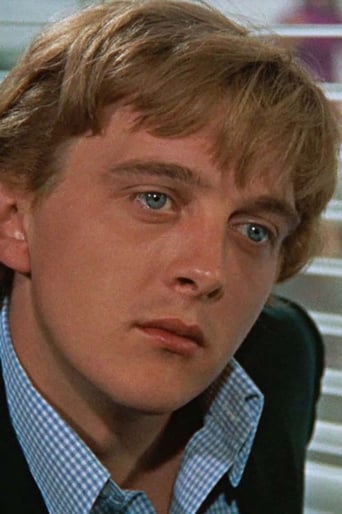 From Wikipedia, the free encyclopedia David Edward Leslie Hemmings (18 November 1941 – 3 December 2003) was an English film, theatre and television actor as well as a film and television director and producer. He is noted for his role as the photographer in the drama mystery-thriller film Blowup (1966), directed by Michelangelo Antonioni. Early in his career, Hemmings was a boy soprano appearing in operatic roles. In his later acting career, he was known for his distinctive eyebrows and gravelly voice. Description above from the Wikipedia article David Hemmings, licensed under CC-BY-SA, full list of contributors on Wikipedia.