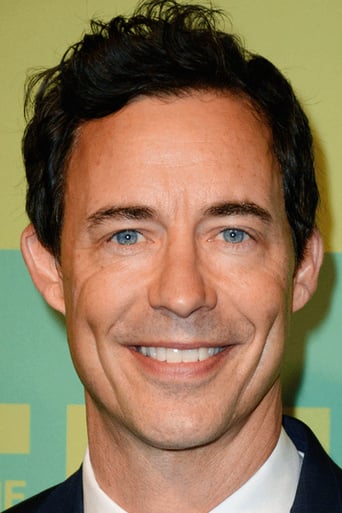 Thomas Cavanagh was born on October 26th, 1963 in Ottawa, Ontario, the second-oldest of five children. His close-knit family moved to Ghana, Africa when Tom was six. His father educated teachers there. The family moved back to Canada before Tom started high school (which he attended in southern Quebec). Tom went to Queens University in Kingston, Ontario where he played on the basketball team and graduated with degrees in English, Biology, and Education. His interest in theater grew when he was cast as the lead Danny Zuko in a Canadian "Grease". Since then, he has been in a moderate amount of movies, but is gaining popularity for his starring, award-winning role on the new NBC series Ed (2000), in which he plays the lovable, charming Ed Stevens. Cavanagh resides in L.A., where he has lived for two years. In his spare time he likes to play guitar and participate in a variety of sports.