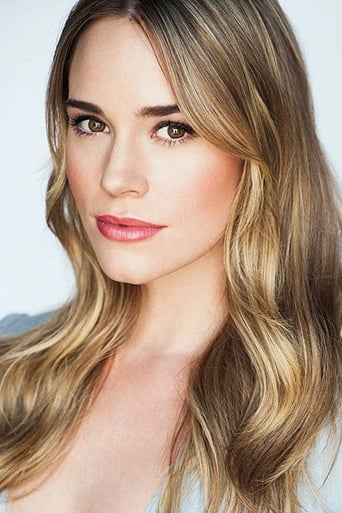 Christa B. Allen (born Christa Brittany Allen, November 11, 1991) is an American actress. She is known for playing the younger version of Jennifer Garner's characters in 13 Going on 30 (2004) and Ghosts of Girlfriends Past (2009), as well as for her role as socialite Charlotte Grayson on the ABC drama series Revenge. Allen was born in Wildomar, California. She is the youngest of nine siblings, with four elder brothers as well as four elder stepbrothers. She once spent a summer in a circus. Allen made a brief appearance on The Man Show, and acted in several students films and commercials. She acted in her first Hollywood film in 2004's 13 Going on 30, playing the younger Jenna Rink, Jennifer Garner's character. She also played the teenage Jenny, another Jennifer Garner character, in Ghosts of Girlfriends Past. Her other film credits include A Merry Little Christmas, Youth in Revolt, One Wish, One Kine Day and Detention of the Dead. Allen has guest starred in many television series, including Medium, Cory in the House, The Suite Life on Deck, Grey's Anatomy, ER, CSI: Crime Scene Investigation, Wizards of Waverly Place and Cold Case. Allen starred as the title character in the CBS Saturday morning comedy series Cake in 2006. From 2011–14, she co-starred as Charlotte Grayson in the ABC drama series Revenge. In 2015, she had a recurring role as Robyn on the ABC Family sitcom Baby Daddy. From Wikipedia, the free encyclopedia