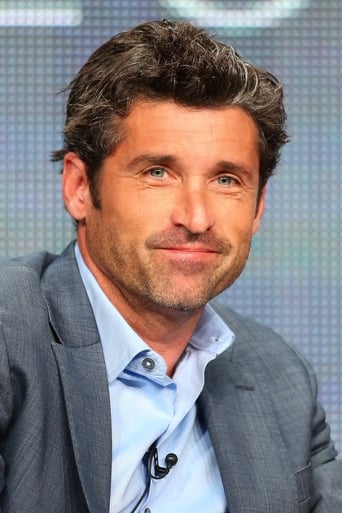 From Wikipedia, the free encyclopedia. Patrick Galen Dempsey (born January 13, 1966) is an American actor, known for his role as neurosurgeon Dr. Derek Shepherd ("McDreamy") on the medical drama Grey's Anatomy. Prior to Grey's Anatomy, he made several television appearances, earning him an Emmy Award nomination. He has also recently appeared in several films, including Sweet Home Alabama, The Emperor's Club, Freedom Writers, Enchanted, Made of Honor, and Valentine's Day. Description above from the Wikipedia article Patrick Dempsey, licensed under CC-BY-SA, full list of contributors on Wikipedia.