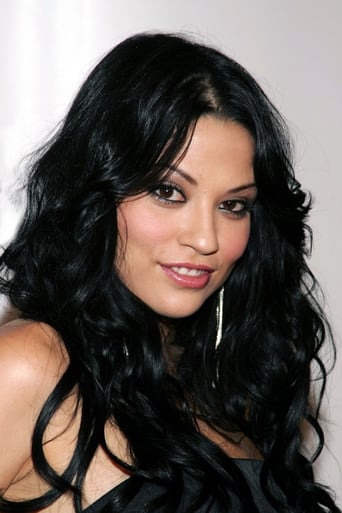 From Wikipedia, the free encyclopedia. Navi Rawat (born Navlata Rawat; June 5, 1977 height 5' 6" (1,68 m) ) is an American television actress, known for her roles as Theresa Diaz on the drama series The O.C. and math prodigy Amita Ramanujan on the drama series Numb3rs. She is the niece of Prem Rawat. Early life Rawat was born in Malibu, California, to an Indian father, Rajaji Rawat, and a German mother Claudia, the daughter of the police president of Frankfurt am Main. She was raised in Miami, Florida. She attended the prep school Miami Country Day School. She is a graduate of New York University's Tisch School of the Arts. Career In television, Rawat is best known for her roles as Theresa Diaz on the drama The O.C. and math prodigy Amita Ramanujan on Numb3rs. She had a guest role as Melanie in the first season of 24. Her work in film includes the sci-fi Thoughtcrimes (2003), the Project Greenlight film Feast (2005), and the independent romantic comedy Loveless in Los Angeles (2006). She has also had many smaller roles including playing Dana, a psychotic vampire slayer, in an episode of Angel and portrayed Nat Raiden on the episode "Asslane" of the short-lived action TV show, Fastlane on Fox. She played a recurring role in the USA Network series Burn Notice's fourth season.Currently, she is the spokeswoman for Moen and narrates many of their commercials. Personal life Rawat married actor Nick Nolte's son Brawley Nolte in 2012 on the island of Tahiti.