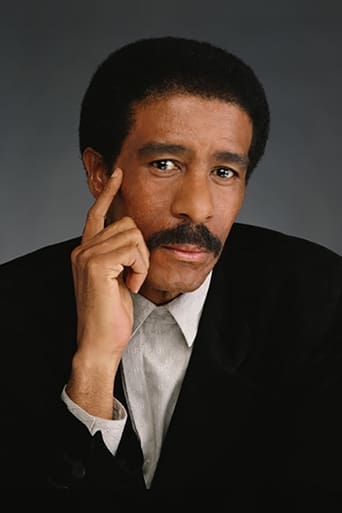 Richard Franklin Lennox Thomas Pryor was an American stand-up comedian, actor, film director, social critic, satirist, writer, and MC. Pryor was known for uncompromising examinations of racism and topical contemporary issues, which employed colorful vulgarities, and profanity, as well as racial epithets. He reached a broad audience with his trenchant observations and storytelling style. He is widely regarded as one of the most important and influential stand-up comedians of all time: receiving praise from notable comedians such as Jerry Seinfeld, Bob Newhart, and Bill Cosby. His body of work includes the concert movies and recordings starting in the 70s and spanning three decades. He also starred in numerous films as an actor, in both comedic and dramatic roles. He collaborated on many projects with actor Gene Wilder and actor/comedian/writer Paul Mooney. Pryor won an Emmy Award (1973), and five Grammy Awards (1974, 1975, 1976, 1981, and 1982). In 1974, he also won two American Academy of Humor awards and the Writers Guild of America Award. The first ever Kennedy Center Mark Twain Prize for American Humor was presented to him in 1998. Pryor is listed at Number 1 on Comedy Central's list of all-time greatest stand-up comedians.