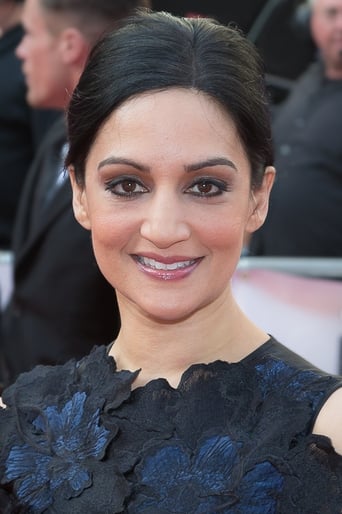 Archie made her film debut in the British hit film East Is East (1999). Since then she has continued to work on international blockbuster films like Bend It Like Beckham (2002) and The Constant Gardener (2005) to critically acclaimed films like A Mighty Heart (2007) starring opposite Angelina Jolie) and Yasmin (2004) written by Simon Beaufoy. Archie won Best Actress for her role in Yasmin (2004) at the Reims Festival in 2006 and was awarded Shooting Star Award at the Berlin International Film Festival 2005. The award is given to actors who are seen as "the most exciting and emerging actors from across Europe" (European Film Promotion). Previous winners include Daniel Craig and Marion Cottilard Weisz. She was selected from hundreds of actors to represent the UK. She has a great ear for accents. All her major film & TV roles have been in accents other than her own. From Scottish to Indian to American. Archie always knew she wanted to become an actress. It was only when Nick Berry from Eastenders replied to her letter did she start finding an agent. Her first casting was for Eastenders - to play Ricky Butcher's girlfriend. She was recalled but never got the part. She graduated from Brunel University, England, with a degree in Management Studies (BSc). She graduated with a 2:1.