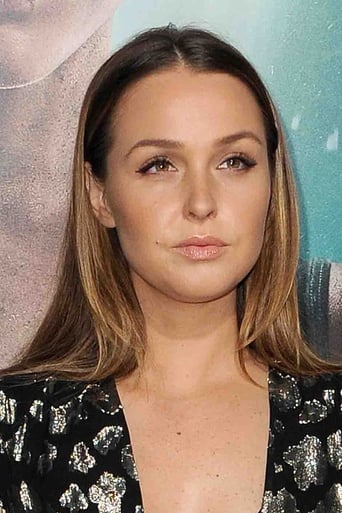 Born and raised near London in Berkshire, England, Luddington's love of acting began when she started performing for her family and directing her younger brother at age 5. By 11 she had her first agent and appeared in local theatre productions. While continuing with theatre, she studied in the Theatre Arts program at the prestigious Italia Conti Academy in London, before coming to Hollywood in 2007. Camilla burst into the acting world in the iconic role of Kate Middleton in the Lifetime movie "William and Kate." Airing the week of the Royal Wedding, the ratings were the second highest in Lifetime's history, and the movie proved to be a worldwide success. Luddington portrays another iconic woman, Lara Croft, in the video game "Tomb Raider," produced by Crystal Dynamics. She was praised for giving "Tomb Raider" a much needed reboot. Within 48 hours of the game's release in March of 2013, it sold over 1 million copies. Luddington had a major recurring role opposite David Duchovny and Evan Handler on the critically acclaimed Showtime series, "Californication," in 2012, portraying sweet English nanny Lizzie, an aspiring actress who would do whatever it takes to make it in L.A. In 2012 she also recurred on the award-winning HBO series "True Blood," as Claudette, a fairy who helps protects Sookie (Anna Paquin) and educates her on the world of fairies. Luddington has appeared in various television series, including, "The Defenders," "CSI: Crime Scene Investigation," "The Forgotten," Nickelodeon's "Big Time Rush" and "Days of our Lives." She co-wrote, co-directed and appeared in a short comedy "The Filming of Shakey Willis." Luddington currently resides in Los Angeles.