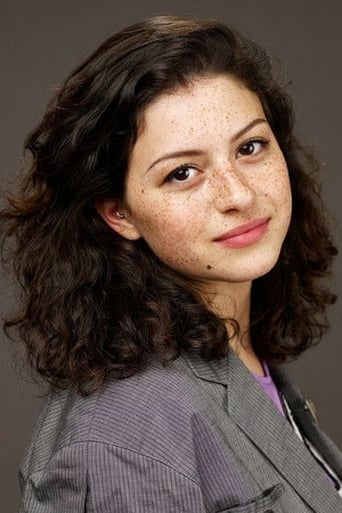 Alia Martine Shawkat (height 5' 5½" (1,66 m)) is an american actress, made her acting debut in both film and television in 1999. She landed her first starring role in 2001, playing Hannah Rayburn in the television sitcom State of Grace. She is best known for her role as Maeby Fünke in the Fox series Arrested Development.  Shawkat, along with Arrested Development co-star Mae Whitman, sang guest vocals on a number of tracks from indie-punk band Fake Problems newest album Real Ghosts Caught on Tape.  In 2007, Shawkat started dating Jack Antonoff of Steel Train. In early 2010, they split.