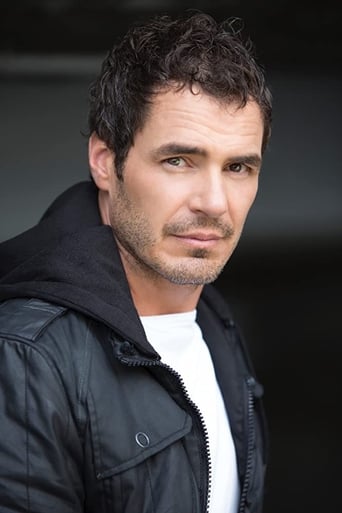 ​From Wikipedia, the free encyclopedia Dan Payne (born August 4, 1972) is a Canadian actor best known for playing the role of John in the television series Alice, I Think. Among his numerous television appearances was in an advertisement for Speakeasy from Esat Digifone, an Irish mobile phone operator now owned by O2. He also played the part of the Kull Warriors in Stargate SG-1, and the Wraith king in the Stargate Atlantis episode Sateda. Recently, Payne appeared as Nathan Davidson, a married, sexually-repressed father in Mulligans, and also as Dollar Bill in Watchmen. He is currently in development on a new television series entitled "Pucked" to be launched on the web. He is playing the lead role of Andy Zirkor. An internet campaign to promote the series has been started with an Andy Zirkor facebook page where fans can interact and be a part of Andy's world. Dan is also starring as "Divine" in a the web based television series Divine: The Series. The Vancouver, BC, Canada based project is set to be released in 2011. He has a wife Daylon and a son Elijah. Description above from the Wikipedia article Dan Payne, licensed under CC-BY-SA, full list of contributors on Wikipedia.