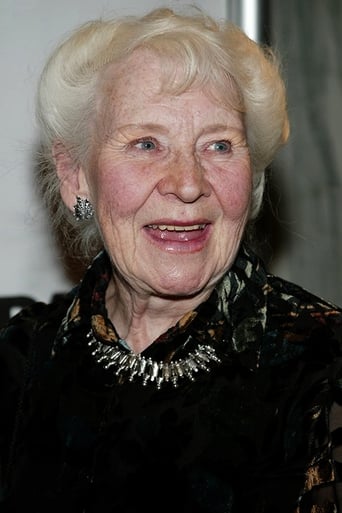 ​From Wikipedia, the free encyclopedia Eileen Essell (born in London on October 8, 1922) is an English actress noted in part for the age at which she began her screen acting career. Although she acted on the stage for 13 years in the 1940s and 50s, her first screen performance was in her late 70s, in an episode of Doctors, and has since appeared in many other TV programmes, including The Bill, Doc Martin, Holby City, Hustle, Casualty, Ideal and Sensitive Skin. On film she appeared in Finding Neverland (2004), Ali G Indahouse (2002), The Producers (2005), and as Grandma Josephine in Charlie and the Chocolate Factory (2005). Description above from the Wikipedia article Eileen Essell, licensed under CC-BY-SA, full list of contributors on Wikipedia.