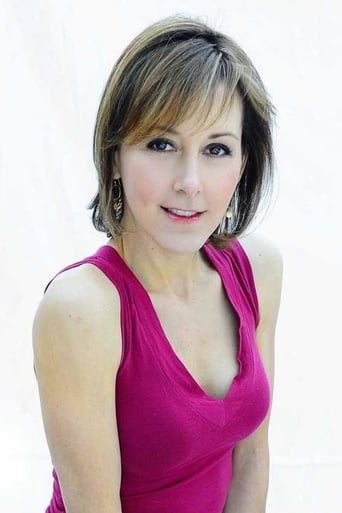 From Wikipedia, the free encyclopedia Cynthia Stevenson (born August 2, 1962) is an American actress. Stevenson was born in Oakland, California, the daughter of Gayle, an editor, and Al Stevenson, an upholstery warehouse owner. She grew up in Vancouver, British Columbia. One of her first roles was a guest appearance as Norm Peterson's high-strung secretary "Doris" on Cheers. Other early work included the short-lived comedy series My Talk Show (1990–1991) and Bob (1992–1993). She had a leading role on the sitcom, Hope and Gloria, which ran for 35 episodes in 1995 and 1996. She also appeared the Lifetime Television series Oh Baby. On film, she has appeared in The Player, Six Feet Under, Forget Paris, Happiness, Home for the Holidays, Will you Merry Me?, Agent Cody Banks and Agent Cody Banks 2. She played the role of Mrs. Cooverman in the 2009 film I Love You Beth Cooper. Stevenson was a regular cast member on the series Dead Like Me, playing lead character George (Ellen Muth)'s mother. In April 2006, she completed filming a new sitcom pilot for CBS called You've Reached the Elliotts, starring opposite Chris Elliott as his wife, which was not picked up by the network. She has a recurring role on the cable series The L Word, and on the now-cancelled series Men in Trees, which was taped in Vancouver. She also had an occasional role as "Cindy Devlin" on According to Jim. In April 2009, she co-starred opposite Bob Saget on the short-lived ABC sitcom, Surviving Suburbia. She has also recently appeared as Shiri Appleby's mother on The CW series Life.