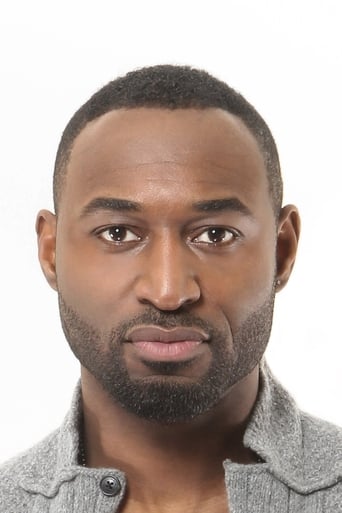 From Wikipedia, the free encyclopedia. Adrian Holmes (born March 31, 1974 in Wrexham and raised in Vancouver) Intense and fearless in his work, versatile and engaging, and undeniably handsome and charming, actor Adrian Holmes is positioned to become one of the most watched, in demand actors in 2011. Known for his blend of gifted talent and consummate professionalism, Holmes spent 2010 filming some of the most anticipated movies to hit the silver screen in the New Year. First, he can be seen appearing opposite Academy Award winner Halle Berry, as her love interest “Clifton” in the highly buzzed about film Frankie & Alice, slated for worldwide release in February 2011. He can then be seen in the thriller Red Riding Hood directed by Catherine Hardwicke, opposite Amanda Seyfried and Gary Oldman (as Oldman’s right hand man, in the film) to be released in March 2011. Holmes also recently wrapped working with Academy Award winner Adrien Brody in the upcoming film WRECKED, and the film HANGAR 14 opposite Steve Austin, both to be released in 2011. Holmes is not only making waves in film, he has also made his mark in television over the years, being seen on notable series such as FOX’s [Fringe]]” and Human Target, CW Supernatural and SYFY’s Battlestar Galactica He may be best known, however, for his recurring role as “Basqat” on the ninth season of long running, the WB/CW television series Smallville Originally from Barbados, West Indies, Holmes was born in Wrexham, North Wales, and lived in both Liverpool and Chester, before moving to Vancouver at the age of five. The eldest of three boys, Holmes was a natural entertainer as a child, doing Michael Jackson impressions for anyone who would watch. At 11 years old, he was cast as the Lion in his school production of The Wizard of Oz. After the show, a young girl who had come to see the play asked him for his autograph, and he was hooked. Holmes notes that he never chose to become an actor, but acting chose him. Being somewhat shy growing up, performing became therapeutic for the budding actor, allowing him to come out of his shell and grow more confident through the characters he was portraying. In Jr. High School, Holmes’ drama class wrote a play for a local drama festival called, The Challenge. The play was awarded Outstanding Junior Play, and Holmes was awarded Outstanding Junior Actor. Holmes continued to do stage productions throughout high school and college (he is a Theater school graduate) and in 1991 made the transition into television. Holmes studied in Vancouver with world-renowned coach Larry Moss and in New York City at Black Nexxus Inc. at the Times Square Arts Center. In 2004, Holmes received a LEO award nomination (The Canadian Emmys) for Best Gust Performance for his work in the series “The Collector.” With several high profile films slated for release in 2011, and his television credits building, Holmes is one actor that is sure to be on the entertainment industry’s radar for the coming years. In his spare time, Holmes enjoys traveling and tries to get back to his native Barbados regularly. Great food, fine beaches, and nearly all of his family, can’t keep him away. He also likes to stay active and can be found at the gym, on his mountain bike, playing beach volleyball, snowboarding, or enjoying a good round of golf.