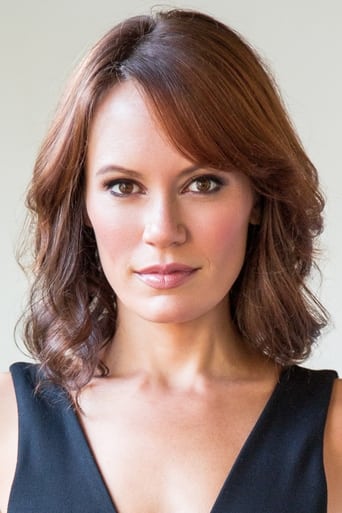 Emily Swallow is an American actress best known for her starring role as neurosurgical resident Dr. Michelle Robidaux, a 20-something resident who is inexperienced yet eager and is finding her footing among giants, in the medical drama television series Monday Mornings. Swallow grew up in Jacksonville, Florida. She received her bachelor's degree from the University of Virginia, where she majored in Middle Eastern studies. Latter Swallow moved to New York City and earned a master's degree in acting from New York University's Tisch School of the Arts. On television and film, Swallow has been on both sides of the law, playing a detective on Ringer, a detective's wife on Southland, a bounty hunter on the CBS pilot The Odds, a bank robber on Medium and even a patriotic, RV-traveling hooker in The Lucky Ones. For good measure, she also played a mermaid on Flight of the Conchords and starred in the independent feature The Rift, directed by Shana Sosin.